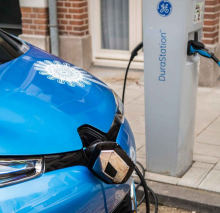 Utrecht is actively supporting progressive initiatives and innovations to become fully climate neutral by 2030. By joining forces, the city is successfully building a flourishing, green city. This work is now rewarded with a Fully Charged CITIES award by the renowned Fully Charged platform. This platform is the world’s number 1 clean energy & electric vehicle channel that has an audience of 2.2+ million people worldwide.

Fully Charged CITIES is designed to both recognise those who are committed to eradicating air pollution and creating a smarter, more habitable city and also to inspire other cities to follow their lead. The program attracted entries from the UK, Europe, USA, Middle East & Australia proving that there is a drive for change globally.

Why Utrecht came out as the winner

The judging panel consisted of journalists, scientists and experts on clean energy and sustainability. The panel was impressed by the city’s gas grid phase out (today, a third of the city is already natural-gas free) along with their strong vision with specific technological and climate goals. As the city excels in the deployment of clean energy and zero emission transport, they acknowledge Utrecht as a hotspot for healthy urban living in Europe.

Utrecht is also known as the best cycling city in the world. It has the world’s largest bicycle parking garage, as well as many cycling paths where cyclists have priority over cars. In the coming years, more will be invested in a green environment with even more cycling and walking paths, to further reduce emissions.

Three episodes on the Fully Charged platform will be dedicated to Utrecht. The first episode includes the award presentation as well as a deep dive in Utrecht as a cycling city. Two additional episodes about the city’s bidirectional car charging systems and car sharing initiatives in new housing projects will be released.